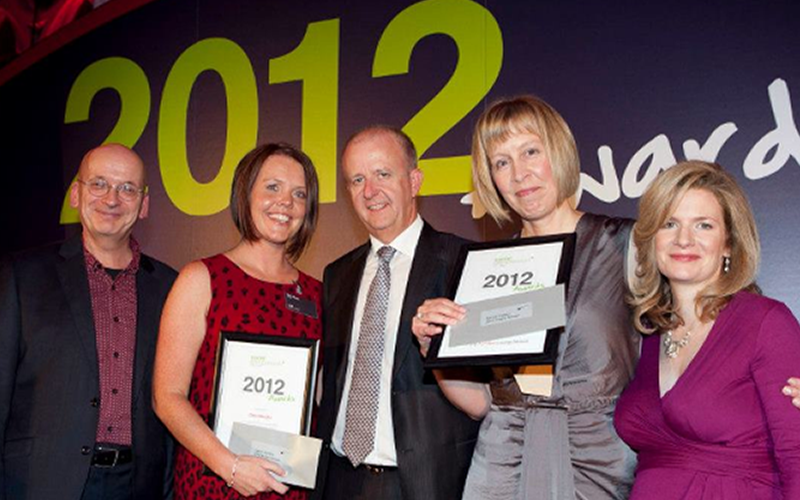 A COMPUTER CODING class for children, apps that help people with communication difficulties, and classes for young people to build self-confidence have shared the top prizes at the Social Entrepreneurs Ireland awards tonight.

Coder Dojo, Neuro Hero and Soar were awarded the top prize of €200,000 each to support their projects aimed at changing Irish society.

Seán Coughlan , the CEO of Social Entrepreneurs Ireland, said that the ideas were helping to provide solutions to some of the big challenges Ireland faces.

Five other social entrepreneurs each received €35,000 each for their work. These winners were George Boyle of Fumbally Exchange, Lucy Masterson of Hireland, Trevor White of City of a Thousand Welcomes, Emma Murphy of The Turning Institute and Claire Murphy and Rachel Cassen of Leap.

“Ireland cannot afford to ignore these social entrepreneurs and their ideas because, given the right support and investment, they can provide solutions to some of the big challenges our country faces,” said Seán Coughlan. “The benefits on offer to Ireland Inc are both economic and social”.

Since it launched in 2005, Social Entrepreneurs Ireland has invested €4.9 million in projects designed to help change Irish society.

Coder Dojo started as an after-school computer club to teach young people how to code, filling a gap that wasn’t been met by schools. Since then, it has expanded around Ireland and the world, teaching young people how to develop websites, apps, games and more. James Whelton, the 20-year-old founder was honoured at the Dublin Web Summit yesterday for his work.

Set up by former Clare hurling star Tony Griffin and Karl Swan, Soar aims to promote self-confidence and leadership skills in young people, inspired bythe charity set up by the late Jim Stynes in Australia.  Soar’s programmes are being rolled out in primary and secondary schools around the country and aim to support and encourage teenagers.

Neuro Hero is a support pack for people who have been affected by a reduced ability to communicate due to impairments such as brain injury or intellectual disability. It provides a series of web apps for mobile devices and PCs which gives therapeutic and communication activities, as well as carer support tool and education materials for families of people affected.

Check us out on Social Entrepreneurs Ireland’s website at the link below:

This website uses cookies to improve your experience while you navigate through the website. Out of these, the cookies that are categorized as necessary are stored on your browser as they are essential for the working of basic functionalities of the website. We also use third-party cookies that help us analyze and understand how you use this website. These cookies will be stored in your browser only with your consent. You also have the option to opt-out of these cookies. But opting out of some of these cookies may affect your browsing experience.
Necessary Always Enabled

Any cookies that may not be particularly necessary for the website to function and is used specifically to collect user personal data via analytics, ads, other embedded contents are termed as non-necessary cookies. It is mandatory to procure user consent prior to running these cookies on your website.

You have Successfully Subscribed!